Adoption agencies have great expertise and expend enormous resources in their efforts to pair prospective parents with just the right child.

Like giving birth, however, adopting a child can involve certain risks and uncertainties that may not be realized until years after the adoption is complete. Our attorneys have an exceptional record of successfully representing adoption agencies and social workers when they are accused of placing a child for adoption who, for numerous reasons outside the control of the agency, may have latent physical or mental health problems that manifest themselves later.

Wrongful adoption cases are often heart wrenching and complex, but our commitment to our clients and successfully defending claims against them is unwavering.

Our experience in this narrow area of the law has led to numerous favorable outcomes for our clients, in Michigan and elsewhere:

Unbeknownst to the adoption agency, a birth mother involved in an open adoption provided false contact information for the birth father. After the child was born and the birth father was located, he filed suit against the adoption agency and its attorney for its failure to provide appropriate notice to him. We successfully obtained summary dismissal of the case without the need for a costly and stressful trial.

Several years after adopting a child from Russia, the adoptive parents learned their child suffered from severe fetal alcohol syndrome, which had not been identified at the time of the adoption because the child did not have the facial dysmorphic characteristics common to the syndrome or other indications of exposure to alcohol while in utero. They hired a national trial firm headquartered in Philadelphia and filed suit against the adoption agency, seeking $38 million in compensatory damages. After extensive multi-year litigation involving issues of federal, Virginia, and Michigan law, the case was favorably settled for a small fraction of what was sought. 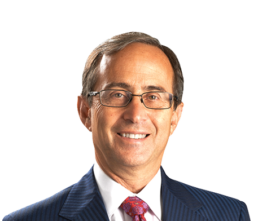