On February 17, 2017, Zausmer attorneys, including Cristy DeVos, obtained a no cause verdict from an Oakland County jury after less than two hours of deliberation.

The plaintiff claimed she was injured while attempting to board a bus operated by our client, a local non-profit. The then 75-year-old woman ran from inside a store to catch the bus but failed to get the driver’s attention, resulting in the bus doors closing on her head. She filed suit against the non-profit, alleging negligence and seeking recovery of no-fault benefits for closed head trauma, pain in her chest and ribcage area, and injuries to her neck, back, and jaw.

The plaintiff testified at her deposition that she had prior experience as a passenger on these types of buses and was aware of the slow speed at which the doors close, yet she did not bother to free herself by simply pushing the doors open with her hands. Also, her medical records revealed that in 2004, she injured her back and neck after falling down a flight of stairs, and she was involved in a 2008 motor vehicle accident from which she suffered the same injuries to her head, neck, back, and TMJ. She also had a history of suspected dementia dating back to 2011.

Throughout the case, plaintiff’s counsel never demanded less than $500,000 to settle the matter. At mediation, a panel of neutrals recommended an award of $99,000, which both parties rejected.

At trial, without the need to call a single expert witness, we presented evidence that the plaintiff’s alleged injuries pre-existed the bus incident, and that any injuries she suffered did not affect her ability to lead a normal life. Convinced, the jury rendered a decision in favor of the defendants. 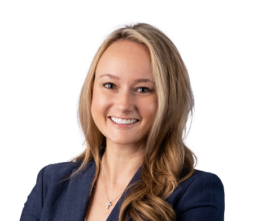