We are pleased to announce that April E. Moore and Bryan R. Padgett have been made shareholders in the firm.

April and Bryan are both talented litigators who deliver outstanding results and represent the next generation of exceptional lawyers at Zausmer. Our clients have come to rely on them, and they are an integral part of the firm’s future.

Bryan concentrates his practice on insurance defense, with several successful outcomes in automobile negligence, premises liability, and other personal injury actions. He graduated from University of Detroit Mercy School of Law, where he taught Advanced Advocacy as an adjunct professor. Bryan joined the firm in 2012 and has been recognized as a Super Lawyers Rising Star each year since 2013. Bryan is also a frequent speaker at Insurance Institute of Michigan programs.

We are proud to add April and Bryan to our shareholder ranks, and hope you will join us in congratulating them on this achievement! 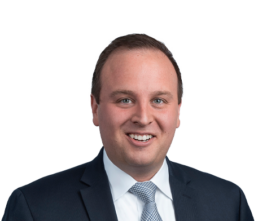