The case involved allegations that the defendants, a religious non-profit and two social workers, intentionally sought removal of foster children from a placement in their grandmother’s home.

The plaintiffs could not bring a negligence action because Michigan law affords social workers immunity in foster placement cases. To avoid an immunity dismissal, the plaintiffs alleged intentional infliction of emotional distress. The allegations suggested that the defendants intentionally caused the placement change to harm the plaintiffs. During discovery, the defendants provided testimony that they did not recommend changing the placement, that they believed the children were safe in the placement, and that each time an issue arose, they helped the family course-correct it. The GAL and assistant prosecutor signed affidavits that explained they had initiated the emergency placement hearing based on conclusions and evidence that was not connected to the defendants’ conduct.

Shortly after the defendants’ motion for summary disposition was filed, one individual defendant was voluntarily dismissed from the case, leaving a second individual and the agency as defendants. The Muskegon County Circuit Court then ruled that the element of intent was absent and dismissed the case with prejudice.

Please join us in congratulating Cameron Getto on his much-deserved success in this case. 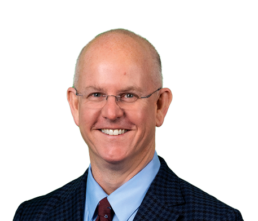