A series of motions filed by Zausmer associate Elizabeta Rumery, which led to the plaintiff voluntarily dismissing her first-party no-fault lawsuit, illustrates how an aggressive motion practice can save clients substantial time and money.

In the case of Ryniak v. Chandler, the plaintiff filed suit claiming she was gravely injured while riding in a car driven by the defendant. According to the version of events contained in her complaint, the plaintiff hit her head on the roof of the car when the defendant slammed on the brakes while attempting to enter a convenience store parking lot. Complaining of neck pain, the plaintiff sought medical treatment at a hospital two days later, and an MRI found several abnormalities on her spine, including diskitis and epidural abscesses. Shortly thereafter, she was taken to the operating room with complaints of sensory loss from the neck down, and was found to be quadriplegic.

The plaintiff later filed suit against the defendant driver and our client, Auto-Owners Insurance Company. After conducting thorough discovery, Liz brought a motion for summary disposition, detailing the plaintiff’s inconsistent statements and extensive history of hospital visits involving multiple car accidents, physical assaults, and drug use. According to medical records, the plaintiff initially told health care providers that she hit her head on the roof of the car because she had been excitedly jumping up and down in the car seat, not because of any action by the defendant driver. A neurologist who examined the plaintiff and her medical records concluded that the diskitis and epidural abscess were clearly not caused by her hitting her head but by her IV drug abuse.

The judge denied the motion on the grounds that determining the cause of the plaintiff’s paralysis should be left up to a jury. But Liz persisted, filing two new motions – one for reconsideration of the denial and another seeking security for costs – stating her intention to appeal the judge’s denial if necessary. A week before the case was scheduled to go to trial, however, the plaintiff voluntarily dismissed her case. 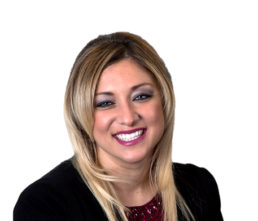