According to the suit, the plaintiff sustained an injury to his lumbar spine and right leg in an October 30, 2013 motor vehicle accident, and claimed that the injury necessitated spinal surgery in June 2014. As Michael demonstrated in his written motion for summary disposition and at oral argument, neither the facts nor the medicine supported the plaintiff’s case.

The plaintiff testified at his deposition that though he had back issues before the accident, he never sought treatment after a series of pain injections in 2007.  He also claimed that he never had leg pain before the accident.  Medical records showed, however, numerous instances of treatment for his back between 2007 and the accident in 2013, including three times in the five months before the accident, as well as prior complaints of leg pain. And despite the plaintiff’s denials of previous slip and falls, discovery revealed at least five slip and fall incidents, four of which involved complaints of lower back injury.

Most significantly, the plaintiff denied taking prescription narcotic pain medication before the October 2013 accident, including in both his deposition and in briefing to the court. Yet Michael’s investigation uncovered that the plaintiff took more than 2,500 doses of prescription narcotic medication in just the two years leading up to the accident.

The firm litigated this and a related workers’ compensation claim for more than two years. As of the summer of 2016, the damages the plaintiff sought for wage loss, attendant care, replacement services, and medical expenses had accrued to nearly $260,000, a potential exposure that would have exceeded $300,000 if the case went to trial.  A motion seeking case evaluation sanctions and attorney’s fees under MCL 500.3148(2) is currently pending. 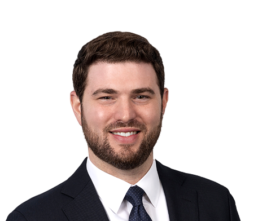