The Michigan Supreme Court recently issued a unanimous decision that alters an insurance company’s ability to obtain a dismissal in a no-fault provider suit when an assignment is involved.

Insurance companies have long relied on the doctrines of res judicata and collateral estoppel to preclude a no-fault provider’s claim after dismissal of an injured claimant’s claim. But assignments made by an injured claimant to a medical provider has complicated these centuries-old doctrines. In Mecosta County Medical Center, et al. v. Metropolitan Group Property and Casualty Insurance Company, et al., __ Mich. __; __ NW2d __ (2022), the Court held that a judgment against the assignor-claimant issued after the assignment does not bind the assignee-provider, because the provider was not in privity with the claimant with respect to the judgment.

In Mecosta, Jacob Myers was injured in a car accident and received medical treatment from the plaintiff medical providers. Myers assigned the plaintiff medical providers his right to pursue no-fault benefits from the responsible insurer. After assigning his rights to plaintiffs, Myers filed his own PIP case. In Myers’ case, the trial court ruled that he did not properly insure the vehicle involved in the accident, so Myers was not entitled to any PIP benefits. The insurance carrier then obtained summary disposition in the providers’ suits on the bases of res judicata and collateral estoppel, arguing that the prior judgment against Myers precluded the providers’ claims as well.

The issue before the Michigan Supreme Court was whether the holding in Myers’ case applied to the medical providers and precluded them from seeking damages. The Court held that since the medical providers were not parties to the earlier suit, the only way they could be bound by the prior judgment was if they were in privity with Myers when the prior judgment was entered. The Court then held that because the judgment in the Myers case was issued after Myers assigned his rights to the plaintiff providers, the parties were not in privity by the time the judgment was entered. Therefore, the doctrines of res judicata and collateral estoppel do not apply to the medical providers’ claims.

We expect medical providers to rely on the Supreme Court’s decision in Mecosta to attempt to evade dispositive motions in cases where the underlying patient’s suits are dismissed. But such reliance might be premature following the 2019 no-fault reforms.

At the time of the events giving rise to Mecosta, medical providers did not have a statutory right to assert a direct cause of action. That changed with the 2019 no-fault reforms. Just as the Michigan Supreme Court noted that the old case law regarding derivative claims did not address assignments, the Mecosta opinion also did not address direct causes of action. In fact, the Mecosta opinion explicitly states that statutory causes of action were not before the Court, and therefore the Court declined to decide whether a medical provider bringing such an action would be in privity with an insured for purposes of res judicata or collateral estoppel.

Insurance carriers should not sound the alarm quite yet when defending claims filed by medical providers. The Mecosta holding is limited to a relatively narrow class of suits involving an assignment. It should be distinguished from claims that arose after the 2019 no-fault amendment, which typically involve a medical provider asserting a direct cause of action rather than one based on assignment, as well as cases where the medical provider is given notice that the patient has filed their own suit. 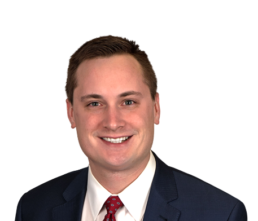