The Michigan Warriors Hockey Program gives disabled veterans a chance to hit the ice, even if they’ve never played before, and never turns any veteran away.

Founded in 2014 to give our Southeastern Michigan veterans an outlet or distraction from their disabilities or injuries, MWHP has provided more than 4,000 hours of ice time to the Warriors. Corporate sponsorships and private donations allow the Warriors to pay nothing for their ice time, and most have been outfitted with new skates and safety equipment. Volunteers with extensive hockey backgrounds coach teams of both new and experienced players in two of ten Michigan Veterans Affairs Agency regions, and MWHP has plans to expand into the remaining eight regions within the next five years.

MWHP performs 2,000 hours of community outreach each year, not only through local hockey games and charity events, but also by volunteering with Habitat for Humanity, the Michigan Humane Society, and Vets Helping Vets. They also support MWHP’s partnership with the Fallen and Wounded Soldiers Fund.

As a fitting tribute, on November 11th – Veterans Day – the Zausmer family went “Casual for a Cause” to raise donations for MWHP. That night, associate Adam Post and his Detroit Whalers recreational hockey team took on a Warriors squad, raising additional funds. Way to go, Adam!

To find out more about the Michigan Warriors Hockey Program and ways that you can help, please visit their website. 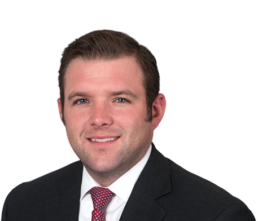