Examining Andary: What does the Court of Appeals’ Opinion mean and where do we go from here?

In the highly publicized Andary case, the Michigan Court of Appeals issued a 2-1 published decision on August 25, 2022, which precludes application of the MCL 500.3157(7) and (10) fee schedules and attendant care “caps” to accidents that occurred before June 11, 2019.

The court held that those provisions cannot apply retroactively based upon legislative intent and pursuant to the Contracts Clause of the Michigan Constitution. However, the case leaves open many questions regarding the overall viability of the 2019 amendments to the Michigan No-Fault Act.

Since 1973, the Michigan No-Fault Act has required that medical bills for an injured person’s care, recovery, or rehabilitation be paid at a rate that was “reasonable and customary.” But the terms “reasonable” and “customary” have never been defined by the statute. Also unique to the Michigan No-Fault Act was that injured persons could previously receive unlimited attendant care provided by either family members, professional in-home providers, or inpatient facilities.

Ellen Andary and Philip Krueger, the plaintiffs in the Andary case, allegedly sustained traumatic brain injuries in motor vehicle accidents in 2014 and 1990, respectively. The plaintiffs filed suit in Ingham County Circuit Court in 2019, challenging the application of 2019 PA 21 to their respective claims for no-fault benefits. The plaintiffs argued that: (1) 2019 PA 21 was not intended to be applied retroactively to injured persons whose accidents occurred before June 11, 2019, and (2) even if 2019 PA 21 was to be applied retroactively, application of that statue would violate the Contracts Clause of the Michigan Constitution. The Ingham County Circuit Court dismissed the lawsuit with no discovery, and an appeal to the Michigan Court of Appeals followed.

On August 25, 2022, the Michigan Court of Appeals released its published 2-1 decision in this case, reversing significant portions of the trial court’s ruling. The decision found in favor of plaintiffs on both arguments.

The Court of Appeals first addressed the issue of retroactivity of 2019 PA 21. In that analysis, the Court noted that “statutes and amendments of statutes are presumed to operate prospectively.” In order to overcome the prospective application of a statute, the Legislature must express a “clear, direct, and unequivocal” intent that the statute be applied retroactively. The defendants argued that 2019 PA 22, which amended a separate statute within the Insurance Code (MCL 500.2111f) was evidence that the Legislature intended the fee schedules to apply to all treatment, regardless of the date of the accident. MCL 500.2111f directs that insurers shall pass on savings “realized from the application of MCL 500.3157 (2) to (12)” (i.e., the fee schedules) for treatment rendered to individuals who suffered accidental bodily injury from motor vehicle accidents that occurred before July 2, 2021. The defendants argued that MCL 500.2111f would be meaningless unless the fee schedules applied to accidents that occurred before the 2019 amendments. There would be no other way for insurers to realize “savings” on those accidents, unless the fee schedules applied. The Court of Appeals disagreed, concluding that the amendments to MCL 500.2111f did not show a “clear, direct, and unequivocal” intent from the Legislature for retroactive application.

The defendants also argued that 2019 PA 21 was not being applied retroactively in any event, because it was being applied to claims that accrued after June 11, 2019, regardless of when the actual accident occurred. The defendants pointed out that, while the accidents may have occurred before the passage of 2019 PA 21, the attendant care at issue did not accrue until the care was rendered after June 11, 2019. The court disagreed, explaining that “a retroactivity analysis requires courts to determine whether applying the new statute will impair vested rights acquired under existing laws or create new obligations or duties with respect to transactions or considerations already past.”

The court explained that, on the date of the relevant accidents, the only limitation on medical charges was that they be “reasonable and customary.” The court went on to hold that the “statutory provisions” regarding attendant care, which existed at the time the insurance policies were sold, “were expressly referenced or incorporated into the pre-amendment policies.” As such, “insureds and those whose benefits are provided by their policies had a legitimate expectation that should they be injured in a motor vehicle accident, they would receive unlimited lifetime benefits, so long as the charges were reasonable and the care reasonably necessary.”

It also is not clear whether this analysis would apply to injured persons who did not have a contract of insurance and who are receiving benefits solely via the priority statute. For example, some motorcyclists and pedestrians receive PIP benefits from the insurer of a vehicle involved in the accident. In those cases, the injured motorcyclist or pedestrian does not have a contract of insurance to rely upon. Indeed, the court seemed to limit the breadth of its decision when it stated, “insureds and those whose benefits are provided by their policies had a legitimate expectation that should they be injured in a motor vehicle accident, they would receive unlimited lifetime benefits, so long as the charges were reasonable and the care reasonably necessary.”

The purpose of the Contracts Clause is to protect bargains reached by parties by prohibiting states from enacting laws that interfere with preexisting contractual arrangements. Courts apply a three-part balancing test to determine whether a violation of the Contracts Clause has occurred: (1) whether a change in state law has resulted in a substantial impairment of a contractual relationship; (2) whether the legislative disruption of contract expectancies is necessary to the public good; and (3) whether the means chosen by the legislature to address the public need are reasonable.

As to the first prong, the court held that retroactive application would be a “substantial impairment” of a contract, and that the impairment would be “severe.” If the impairment of a contract is “severe,” then to be upheld it must be affirmatively shown that (1) there is a significant and legitimate public purpose for the regulation and (2) that the means adopted to implement the legislation are reasonably related to the public purpose. In other words, by deciding that the impairment of the contract by retroactive application was “severe” as opposed to “substantial” the court made the burden significantly higher to pass Contracts Clause scrutiny.

The court then summarily concluded there was no showing from the defendants what “significant and legitimate public purpose” would justify retroactive application of the fee schedules to those injured before June 11, 2019. The court further noted that insurers had already collected premiums on the policies sold prior to the amendments, and those premiums were sufficient to cover lifetime medical expenses without fee schedules.

Due Process and Equal Protection

Finally, the court addressed the plaintiffs’ claims that the 2019 amendments are unconstitutional as violative of the Due Process and Equal Protection clauses of the Michigan Constitution. While the court concluded that the plaintiffs’ prevailing on their other claims left them without a “distinct and palpable interest in the amendments’ future application,” it still remanded the claims of plaintiff Eisenhower Center, which was treating one of the individual plaintiffs, to the circuit court for factual development “to determine whether the no-fault amendments, even when applied only prospectively, pass constitutional muster.”

Andary leaves many unanswered and partially answered questions, but promises to have a significant impact on application of the 2019 amendments going forward. Given the breadth of the opinion and the hotly contested nature of the matter, it would be surprising if the defendants do not appeal the decision to the Michigan Supreme Court soon. We will continue to follow this matter closely and provide updates as they become available. 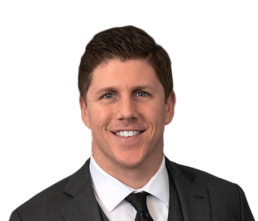 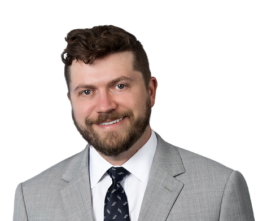