As a result of their “out-of-the box” approach, the team helped our client avoid more than $1.5 million in exposure.

Two major medical providers filed suit against our client in state circuit court, seeking payment for medical bills incurred as a result of an April 12, 2016 motor vehicle accident. However, the insurance policy under which the providers sought benefits had been rescinded as a result of material misrepresentations made by the named insured at the time of policy application.

Jim and Danielle’s strategy involved filing a separate declaratory judgement action in U.S. District Court against the named insured, seeking a declaration that the policy had been rescinded and no benefits were available under it.  Eventually, a declaratory judgement was entered in favor of our client. The team later filed a motion for summary disposition in the pending circuit court action, asserting that the providers’ claims were barred by res judicata and collateral estoppel, as the providers were precluded from re-litigating the same coverage issues decided by the U.S. District Court in the declaratory judgment action.

Ultimately, Jim’s strategic thinking led the medical providers to voluntarily dismiss their claims in the circuit court action. This unique approach helped our client avoid an unfavorable venue and $1.5 million in exposure. 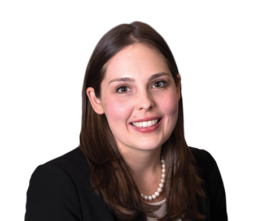